Actor Eddie Redmayne, who played the main role Newt in the movie “Fantastic Beast and Where to Find Them” (Directed by David Yates, released on Nov. 23) in the new series of “Harry Porter”, appeared at the fan event in Tokyo on November 22.

Redmayne, who was welcomed by over 400 cosplaying fans, greeted in Japanese “Hello. I love Japan!” and was impressed when looking around at the fans “Wooh! There is even Hufflepuff and Gryffindor, I’m so excited!”. 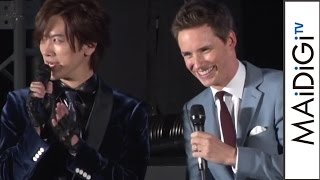 On November 21, singer DAIGO participated in the Japan premiere ... 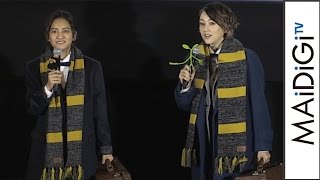 Movie "Fantastic Beasts and Where to Find Them" Big hit greetings...