Trailer of the movie “Sekigahara” (Director: Masato Harada, premiered on August 26th) starred by Junichi Okada of the popular group “V6” was released on May 4th. The movie is adapted from a historical novel by author Ryotaro Shiba.

The movie sets in the biggest war in the history of the Warring States Period – the war “Sekigahara” happened on October 21st, 1600. The movie portrays the image of Lord Mitsunari Ishida – who arose thanks to Toyotomi (Okada) family, Ieyasu Tokugawa (Yakusho) – a shogun who was burning with the ambition to dominate the galaxy and other characters. The movie is about the true cause of “being sealed”, which made Mitsunari – who was assessed to overwhelm – be defeated by Ieyasu. Besides, the movie also recreates the silent love of him with spy girl Hatsume who betted her life to save Mitsunari. 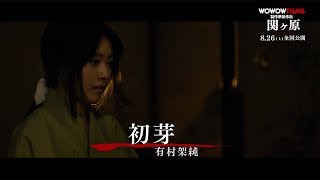 The special clip of the movie “Sekigahara” starring Junichi Okada,...