On December 8th , some images of the movie “FullMetan Alchemist” (based on the original manga of Author Hiromu Arakawa) unveiled by Singer Ryosuke Yamada (member of the popular group “Hey! Say! JUMP”).

“FullMetan Alchemist” based on the original manga was serialized in “Monthly Shonen Gangan”(from Square Enix) from 2001 to 2010.

The movie told a story of the brothers Ed (Yamada) and Al who wanted to revive his dead mother, had challenged over the taboo of alchemy is “Do not transform human” but they failed. Ed lost his left leg and Al lost his whole body as the price paid for the “equal exchange” as the rule.

A few years later, Ed with an artificial iron leg (iron mechanic armor) and became a national alchemist, along with Al in the iron armor that his soul was attached there to search the “sorcerer’ stone” to regain their lost bodies. 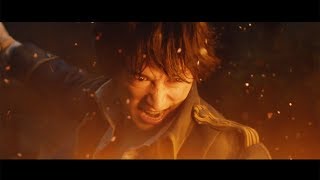 An introduction video of a new character in “the Alchemist” (direc...