On March 31, the preview of the first episode in the anime “3D Kanojo – Real girl” (to be broadcasted in April) took place in Space FS Shiodome (Minato-ku, Tokyo), Teppei Uenishi and Yuu Serizawa who voices the main characters also appeared.

Serizawa who play Igarashi Iroha – a beautiful and friendly girl, couldn’t hold back her tear as she shared her emotions after watching the first episode: ” I was so touched and almost cried when I saw my name in the after credit. It’s been a great luck for me to meet the character Iroha”.

Uenishi, the actor who voices Tsutsui – an “otaku” having romantic relationship with Iroha, was excited when he first played the main character. He shared: “It is the first time my voice acting has been that smooth. The feeling was indescribable!”

“3D Kanojo – Real girl” is an anime adapted from the original manga of the same name which was serialized in comic for women “Desert” of Kodansha publishing house from 2011 to 2016.

Anime depicts the life of Tsutsui Hikari after entering a relationship with Igarashi Iroha. Being smitten with mischievous Iroha, he gets to know more about real world thus becomes more mature.

In the preview, the live-action version starred by Nakajo Ayami and Hayato Sano was also announced. 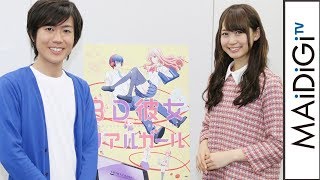 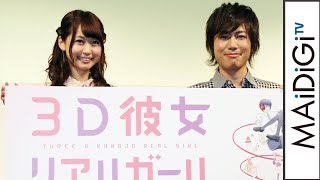 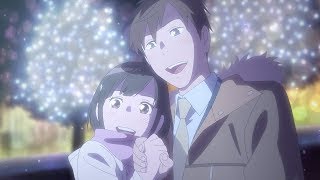 Information about animation “Road to You: Kimi e to Tsuzuku Michi”... 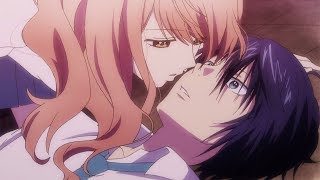